We’ve posted several articles about IRAs (here, here and here) and have another one for you today! When an IRA account holder dies and the IRA becomes part of an estate, there are several complicated, inflexible rules that determine how and when distributions can be made. Working with a competent advisor can help survivors avoid substantial tax and penalty assessments.

We’d like to focus on a particular Tax Court case from 2016, Ozimkoski v. Commissioner, T.C. Memo. 2016-228. This case highlights the importance of working with competent advisors and of selecting IRA beneficiaries. Also, the case examines the tax consequences of incorrect rollovers and distributions.

Thomas W. Ozimkoski Sr., died in August 2006. Under the terms of his will, Thomas’ wife Suzanne Ozimkoski was to receive the majority of his estate, including a motorcycle and a Traditional IRA held at Wachovia. The decedent’s son, Thomas Jr., unhappy that he was left out of the will, contested it in probate court. Wachovia froze the IRA funds until the litigation was settled.

The settlement agreement stated that Suzanne would transfer the title of the motorcycle to Thomas Jr. and pay him $110,000 within 30 days of Wachovia unfreezing the IRA funds. The settlement also provided that “all payments shall be net payments free of any tax.”

This is where Suzanne made a big mistake… She filed her 2009 tax return, but omitted the $174,597 in IRA distributions. Naturally, she received a notice of deficiency from the IRS.  The IRS said that Suzanne owed $62,185 in taxes, plus the 10% early distribution penalty, plus an accuracy related penalty of $12,437. Suzanne disagreed and took her case to Tax Court.  Suzanne argued that the IRA distributions should not have been included in her income, because according to the settlement agreement Thomas Jr. was owed $110,000 from the IRA.

The Tax Court decision held that Suzanne owed the taxes, early distribution penalty and a portion of the accuracy related penalty. 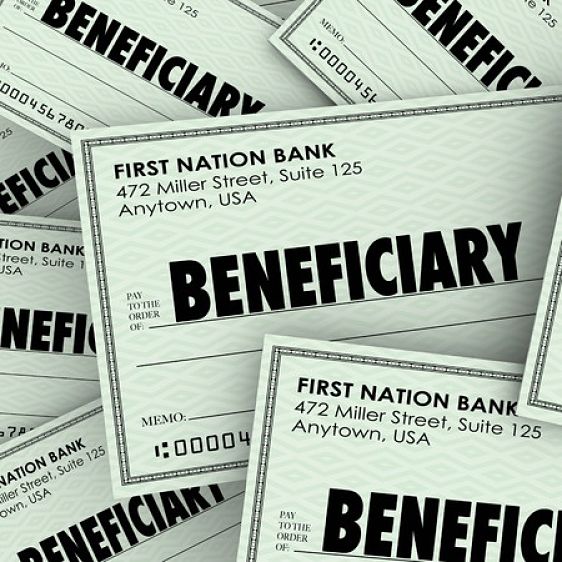 Wachovia incorrectly rolled over the decedent’s IRA account to Suzanne.  Suzanne was not the beneficiary! The Tax Court determined that Wachovia should have distributed the IRA funds to the estate instead of Suzanne.

The second issue is that Suzanne’s attorney during the litigation did not counsel her properly. He did not inform her of the tax implications of taking IRA distributions to pay the settlement to Thomas Jr. Suzanne believed that because the IRA was inherited from her deceased husband, the distributions would not be subject to the early withdrawal penalty. The exception for distributions due to death only applies if the funds are distributed to the survivor from the decedent’s IRA.  The exception does not apply if the decedent’s IRA is rolled over to the survivor’s IRA.