Nearly half of the states (including Pennsylvania) and the District of Columbia have legalized the sale of marijuana.  Mostly for medicinal purposes, but a few states have permitted it for recreational use. Unfortunately, these states have caused business owners some trouble and confusion at the federal level.  Under federal law, marijuana is still considered an illegal Class I Controlled Substance. This means that organizations in the business of selling marijuana cannot open bank accounts and under federal tax law, cannot deduct their business expenses. So, medical marijuana dispensary owners who operate legally under state law, are considered illegal businesses under federal law.

IRC Section 280E was established in 1982 as part of the War on Drugs campaign. The code section states:

This means that medical marijuana business owners cannot deduct any business expenses on their federal tax returns, so 100% of their revenue is considered taxable income. However a Tax Court case changed this rule, only slightly. In Edmonson v. Commissioner, T.C. Memo 1981-623, the taxpayer, Jeffrey Edmonson, reported income on his tax return related to the sale of marijuana, amphetamines and cocaine in 1975. In addition, he reported the cost of goods sold (COGS) related to the sale of the drugs. The court held that he could deduct the COGS related to the sale of controlled substances.

A lot of the medical marijuana dispensaries have several lines of business, beyond selling marijuana.  These operations may offer care-giving services, paraphernalia, counseling services, and other retail items. In order for these businesses to deduct “ordinary and necessary” business expenses without getting an audit notice or a deficiency notice from the IRS, they need to separate the lines of service. The business owner should form two separate entities in order to comply with Section 280E and to take more business expense deductions. In the dispensary entity, the business owner will report the revenue from sales of medical marijuana and the related COGS on the federal tax return.  The second entity will report the revenue from the sales of other retail items or services and the “ordinary and necessary” business expenses, like payroll, utilities and rent expenses. The business owner must show that these “ordinary and necessary” expenses are truly expenses of the second entity, and NOT the medical dispensary entity. 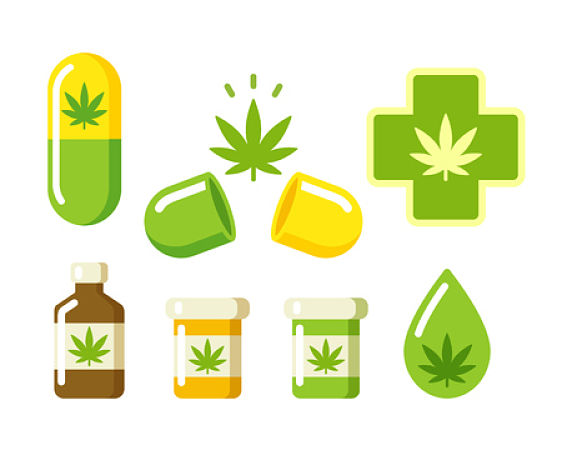 As with any business or individual, record-keeping is key for medical marijuana business owners. These organizations are at the top of the IRS’ audit list.

There are several tax court cases in litigation right now about these issues.  The attorneys for the business owners are trying to get Section 280E changed to be friendlier towards state-legalized marijuana businesses. Attorney Henry Wykowski is the head counsel in the much-discussed Harborside Health Center case (1, 2, 3) said the following:

Section 280E was passed during the height on the War on Drugs, many years before…several states legalized the use of medical cannabis. It was meant to apply to drug dealers, not state-sanctioned cannabis dispensaries. Ignoring the intent of Congress, the IRS has chosen to apply 280E to legitimate cannabis businesses.

He and other attorneys are arguing that Section 280E is not intended to apply to businesses operating legally under state laws.

We’ll have to wait and see if the haze clears up around this issue, either by the IRS collecting bigger tax bills from these businesses or by changing Section 280E to allow for more business deductions for medical marijuana dispensaries.